by Source link 1 week ago1 week ago
528views 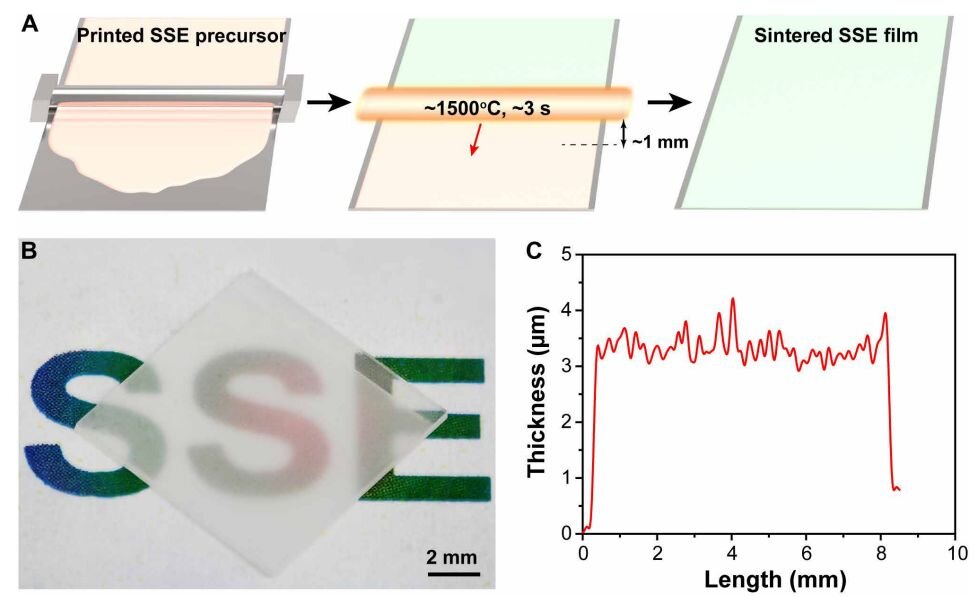 Lithium-ion (Li-ion) batteries are widely used in portable electronic devices, electric vehicles, and grid-scale energy storage systems. Safety of Li-ion batteries, however, has been called into question repeatedly over the past several years due to a conventional organic electrolyte causing fire and explosion in many cases. Ceramic solid-state electrolyte (SSE) thin films promise a viable solution to addressing the safety issue by blocking the lithium dendrite that causes short circuit and thermal runaway, meanwhile offering high energy density for next-generation Li-ion batteries. However, current SSE thin films have low ionic conductivities, ranging from 10-8 to 10-5 S/cm, which can be attributed to poor material quality.