by Source link 2 days ago2 days ago
493views 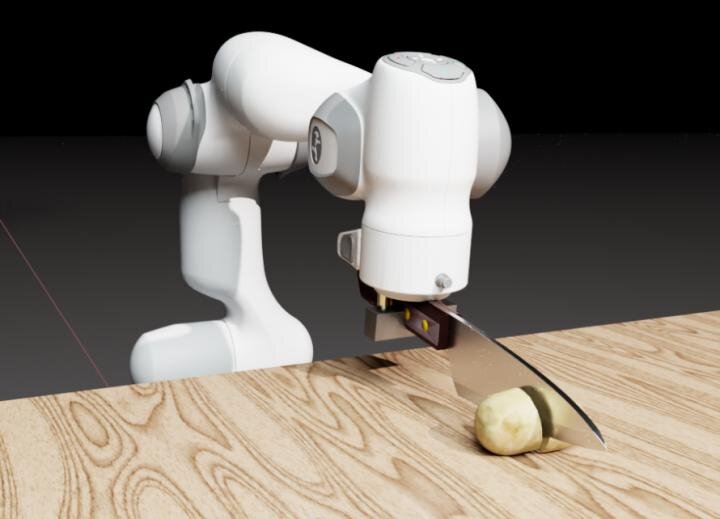 Researchers from the University of Southern California (USC) Department of Computer Science and NVIDIA have unveiled a new simulator for robotic cutting that can accurately reproduce the forces acting on a knife as it slices through common foodstuffs, such as fruit and vegetables. The system could also simulate cutting through human tissue, offering potential applications in surgical robotics. The paper was presented at the Robotics: Science and Systems (RSS) Conference 2021 on July 16, where it received the Best Student Paper Award.