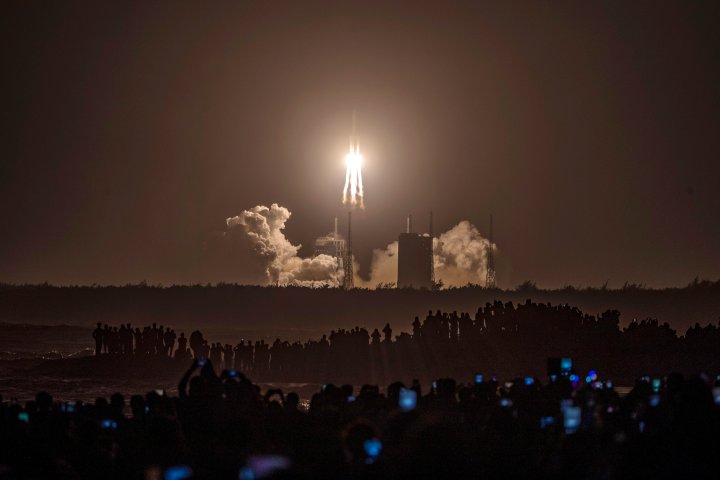 A Chinese robot probe sent to return lunar rocks to Earth for the first time since the 1970s landed on the moon Tuesday, the government announced, adding to a string of increasingly bold space missions by Beijing.